Sociopaths in the Work the Place (adult bully)

Sociopaths are dangerous and wreak havoc their victims and family. Sociopaths do not just harass their family, ex's, "friends", and others involved with them. They are also adult bullies. Especially in the work place. They do not fight fair. They want to eliminate any competition.
People with healthy minds, and healthy personal boundaries have confidence in their abilities and are secure with who they are. They do not feel the need to slander, degrade and assassinate an associates character, just to ensure that the person does not "steal" their position or job. They know that they are efficient at their job, and new employees/colleagues do not threaten them.
The sociopath is so insecure, that everyone is a threat to them. They bully new employees because they see them as weak and vulnerable. The new guy is an easy target because no one knows them. The sociopath is able distort how others think about the new employee, by spreading lies and gossip about them. The sociopaths works harder to exploit others, than they work at their job.

Some traits of a Sociopathic Adult Bully — 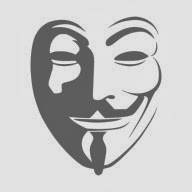 Most cases of workplace bullying involve a serial bully, to whom all the dysfunction can be traced. A person who is being bullied may already know, or come to realise that they have a string of
predecessors who have either:

If you are being harassed, stalked or assaulted (verbally or physically) by an adult bully. Document everything they say to you, email to you, text you, and tell others about you.  Try your best to ignore them until you have enough evidence and documentation to take to your boss and show them how you have been harassed, and slandered by this person. The Sociopath excels in lying and conning others. So it is important you have documentation and proof.
Without saved information and documents the sociopath will discredit you, and turn the blame on you and you could risk losing your job...

Never underestimate the Sociopath. They are always scheming, lying and causes emotional damage to people. They have no conscience, which makes it easy to destroy the life of another, without giving it 2 thoughts. They feel no remorse or guilt for any problems they create or for anyone they destroy.

Posted by Sociopaths and Their Path of Destruction at 6:34 AM