The female sociopath will try to destroy you at all cost... 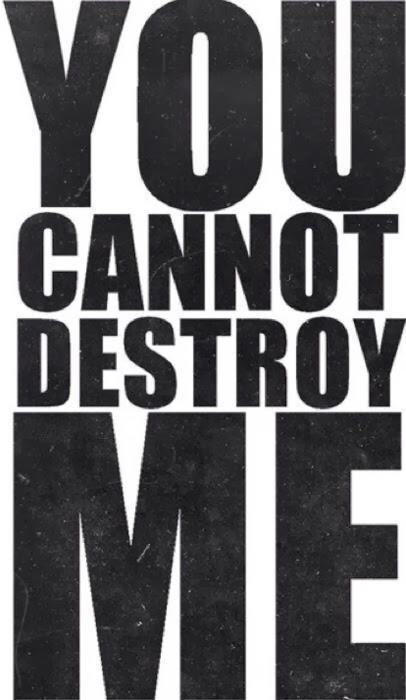 Females are more likely to do destruction  such as character assassination and defamation and slander, and have numerous blogs speaking ill of their victim. A bitter sociopathic ex wife will write numerous lies online to make her ex husband look like a horrible father, and the abuser. She wants to
destroy any creditability her ex husband has within the community - especially if she is the one that
committed adultery, cheated, etc... Which ultimately ended the marriage. Why? She does this to protect herself, fearing that the ex husband might actually tell the TRUTH about what really happened, that led to the divorce. Which could possibly expose her for the lying, hateful, soulless, monster she actually is. So it only makes sense in "her" warped and twisted mind — to destroy the
victim before her victim can talk.

In my experience the lies a female sociopath tells are vicious, career destroying, and 100% intentionally meant to assassinate their ex's character. They want to own their ex, and be in control of their life (especially if there are children involved) and use the children to do this.

A female sociopaths tells Big Lies mixed with minimal truths, that way the lie seems believable.
The female sociopath tells lies that can be devastating. She intends them to be. She wants to destroy you. Most people do not know what to do. They usually withdraw and isolate ( this is what she wants you to do). Some people are natural fighters, and full of zest and life (something the sociopath lacks - that is why she tries to steal yours) Either way it does not take long for the person being slandered and lied about by this vicious bitch to figure out how to deal with the situation and stay one step ahead of her. These are the people who document everything, stop reacting to all the sociopath says and does, by having ABSOLUTELY NO CONTACT with the vindictive sociopath.

When being attacked by the female sociopath keep only the people in your life that you trust 100% in your life. Anyone who still talks to the sociopath, you must tell them nothing, you can't trust them. The sociopath is dangerous. More So than anyone knows. If you are a target the most important thing is keeping your family and children safe.
Give the female sociopath NO attention whatsoever. She loves attention. And will do anything to get it. She wants to get a reaction from you (especially if you have decided to have no contact)
Do not ever underestimate the lies she is capable of. And she will do and anything to get that response. Even to go as far as telling you, your teenage daughter has a lump in her breast and it's cancerous and is having surgery at 9am Tuesday morning. That's a heinous lie to tell, but it will cause the father to worry. So he either responds wanting more details (and she wins because he responded FINALLY!) or the father goes up to where the surgery is taking place only to find out that it was all a lie. (And she wins because she got you to React - and wasted YOUR time) — SOCIOPATHS LOVE WASTING THE TIME OF OTHERS.

It's hard to imagine woman as bring so evil, and such convincing liars, especially those who are mothers. But the ones with children, are the ones portraying that they are the best mommys in the world - that are the worst. —A truly great mother has No reason to Brag about her accomplishments and all she does for her children, because her action speak for her. A mother who is constantly saying "my children are my world, and I do everything for them, and their father never helps me, and their step mom doesn't help me, I do it all — this is a huge Red Flag. Especially when you start to notice that the mother doesn't take her children to school, or pick them up. She is No Where to be found when her children need something, as in needing to be picked up from school because they are sick. The so called "dead beat dad" or the "evil stepmom" is usually the one who picks the child up.

Female sociopaths portray an image they want others to see. The only people who truly know the sociopath is close family and the people being targeted by her.

Sociopathic woman can portray themselves as something they are not. They can even become well respected  in the community, not because she has ever in her life been a genuinely good person, but because she was able to convince others she was a genuinely good person. What the public didn't see was how she stayed strung out for weeks and months at a time. The community didn't know about the numerous men she was sleeping with. She went for the married men, because they were less likely to talk to others about having sex with her - because they feared their wives finding out. Like everything else that is done in a dark nature – all her lies, schemes, scandals and cheating were revealed eventually. People are surprised, but not shocked.

All narcissistic sociopaths do the same things. They are rather predictable. It's just hard to predict what lie they will use to destroy you. But you can easily predict that they are going to first start rumors, and spread lies to destroy you. Using any knowledge about and your weakness. Most of them are similar in their defamation and deception tactics.

There are more Male Sociopaths than there are Female Sociopaths. Which is an advantage for the
female. She knows that she can use her children to look loving and caring. She uses her children to elicit sympathy from scorned family members. Many people cut the sociopath out of their life but they will not be so harsh as to cut the children of this monster out as well. And the female sociopath depends on this kind of empathy to get exactly what she wants.

A positive is when having been targeted by a sociopath, or divorcing a female sociopath (there is not many positives so don't get excited)....
She will Eventually Be Exposed. Maybe not for being a Sociopath – but all her scams she has pulled on unsuspecting victims, all her Lies, drug use, fraudulent activity (i.e - identity theft, bank fraud, stolen accounts, check fraud) will come out. She will probably be arrested for something. Rather it is all her hot checks, or identity theft and stolen credit cards. She will be under a microscope. She can't commit any of her crimes anymore. The community hates her and there isn't a single person who will speak of her in a positive manner, or defend her, or come to her aid anymore. She is screwed.

Only the ones who have lost all tough of reality and have literally lost their mind because of all the drugs they have used for years will usually stay in the same small town. Too afraid to leave it because her dealer and people she manipulates the most reside their, like her ex who pays her child support
(despite her claims of him being a deadbeat) and her family who feels sorry for the children and knows she can get money out of them by making them feel sorry for her children. (Poor poor pitiful me - is the sociopaths claim always.

Then there are the more intellectual sociopaths who have been exposed for the liar and their they really are. The one who the community hates and she is basically done in the small town. This sociopath is the most damgerous because she has the brains to get out of the state. She moves her family (or what's left of it) to a new state and for a fresh start.  Did she learn her lesson? Hell No! She now has a new playground to run her scams. Every person is unsuspecting of her. Just like they were in her previous location. She is charming and has a certain charisma about her that attracts people. Better yet, these people do not know her. She will use a different name, like her mothers maiden name, or an ex's name as her new last name.

She won't change and hasn't changed. She will do to these unsuspecting people what she did to the last... Until she is caught again. Then she will just move again. Unfortunately it can take 10-15 years for people to realize they have been duped....


Posted by Sociopaths and Their Path of Destruction at 5:47 AM