Traits of a Truly Evil Bitch -- the sociopathic woman

The female sociopath is evil. Crazy, sadistically EVIL.  She plays an Excellent Vicitm though.  How does she do it? If you have been the target of one of these monsters, like I have you probably had no idea that women like this existed until you met her.
SHE TARGETS MEN FOR THEIR MONEY. SHE ALSO TARGETS OTHER WOMEN THAT ARE A THREAT TO HER. SO IF YOU ARE AN ATTRACTIVE INTELLIGENT WOMEN - YOU COULD BE ANOTHER POTENTIAL TARGET. Why? Because inside the female sociopath she is so insecure and jealous of other women (especially attractive smart ones) she will try to destroy anyone who crosses her path that could be a potential threat.. Threat being -- The woman is likely to be promoted before her, or could mess up he financial scams. Usually she will target one of many ex's  new girlfriend of wife. IF THIS EVIL BITCH HAS CHILDREN WITH AN EX - NOT ONLY WILL SHE HARRASS HER EX EVERYDAY FOR MORE MONEY, AND TRY TO CONTROL HIS LIFE. SHE WILL TRY TO DESTROY ANY LOVE INTEREST HE HAS. She doesn't want him but she wants to make sure he stays 100%  controlled by her. It takes a VERY Strong woman to stay in a relationship with a man who has children by a sociopath. The women better be prepared to fight for her life. The female fatale sociopath may not physically murder her, but the evil whore will murder her spirit, self esteem, repuation, and her zest for life. The sociopath thinks " How DARE this woman come in and mess up MY LIFE  by marrying MY EX, and making it so he is not under my complete control, I am still using him, I have not bled him dry yet, he still has money left that is mine!"
{YES THIS WOMAN THINKS THIS WAY}

Does this excerpt give you an idea about what you are dealing with? Well, these are just few among the many many masks that she wears, and when she let goes, she still manages to have a soft corner for herself in your heart. So, how do you identify if this 'female' you are interacting with is a sociopath? What are the traits that you should look for? Are sociopaths so easy to identify? Well, if that was the case, then there wouldn't be much of a problem, right? Nevertheless, mentioned below are some points that will help you understand how this sometimes beautiful and attractive predator uses her charms and lies to deceit you; she does it due to a mental disorder but will make you believe that you are the one who is insane! ( not all of them are actually drop dead gorgeous, they are average looking but their charisma is what you feel attracted too, once the female sociopath hits 40 she is looking like a used wash cloth, and it becomes harder to snatch her prey) 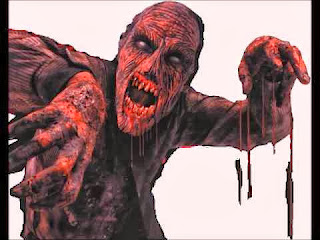 
SHE BELIEVES SHE IS GOOD - {evil - crazy - and delusional}

Another classic characteristic of a female sociopath is that she believes that she is simply the best, be it in looks, in intelligence, or in taking control of your life! Her self-worth and superior belief is always too high as compared to others. So, if you are with a woman who says, "Why should I be doing this, these things are meant for the lowlifes?" or, "I am so beautiful and intelligent, I don't need
to do this at all!", then there are chances that she can turn out to be the sociopath you should be away from! Her superior beliefs also make her arrogant and harsh towards others, but if you are the potential prey, she will treat you like there can be no one as sweet as her ... at least initially.

No Respect for Rules and Responsibilities!

For her, rules are meant to be broken, and responsibilities, why should she even care! She can never follow rules because she is way too impulsive. She cannot overcome temptations, and when she wants something, there is no rule that can stop her. Her actions are never governed by morals and she never thinks about the consequences. Therefore, you can never expect things like planning, focusing, and commitment from a sociopath. If you confront her, she will cry, she will make you believe that she will change, but then you're a fool to believe her words, and she is way too smart for you not to believe her.

STIMULATION JUNKY - She is not only a pill popping, drug user junky!

Another interesting thing about a female sociopath is that she tends to get bored way too easily. You cannot expect stability, or being involved in the same routine for long. Which is why she will change jobs within sort span of time, she will move from places to places living a nomadic life. She needs something new, exciting, and stimulating all the time. If drug abuse, multiple sexual partners, or abusing a person gives her a high, or stimulates her in any way, she will easily do that without giving it a second thought.

She IS A PARASITE THAT WILL FEED ON YOU!  {Literally draining the life out of you}
If you think that she is there with you because she genuinely likes you, think again! Are you the kind of person who is financially stable, who is responsible, who believes in helping and sympathizing with others, and who can forgive and give the 'benefit of doubt'; then probably that is the reason why she is there with you. She indulges in a parasitic living. She will exploit you emotionally, financially, may be even physically to fulfill her own shallow desires. She cannot feel your pain, she has shallow emotions, and although at times, she might appear to be caring and loving, the truth is that she is coldhearted and will be nice to you only if you comply with her wishes and desires.

Read more at Buzzle: http://www.buzzle.com/articles/female-sociopaths.html
Posted by Sociopaths and Their Path of Destruction at 8:18 AM