The Monsters Among Us 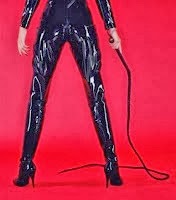 When most people hear the word psychopath or sociopath they most think of famous serial killers locked away in prison. However, most do not end up in prison or mental hospitals. Most sociopaths have the ability to blend in with everyone else.  They don't look like monsters. But "MONSTER" is exactly what they are... They are the worst kind of monster there is. Because they look as normal as you and I. But they are far from being like the rest of us.
The worst is the female sociopath. She will reproduce a few offspring, act like a soccer mom, and portray to others this amazing mother, who is hard working and "doing it all" but behind the scenes she terrorizes her close family. And if she is divorced - she will never leave her ex alone as long as their are children in the picture to use against him. She is one of the most dangerous, vindictive, evil, malicious, heartless, and morally corrupted monster among us. She flys under the radar, committing petty crimes of theft and is clever and slick. She has probably been doing these things since she was a teenager.

If you think the female sociopath is harmless -  THINK AGAIN! They do not pose a serious threat if you have no connection with her what so ever.  But if your child and her child are friends, that puts you at risk for becoming her target. Or she will view you as someone she can pawn off her child to. Because in reality, she loves to play "MOM OF THE YEAR" Role. But she is far from being a good or even decent mother.You would never even suspect she is the hideous monster that she is.

The female sociopath has a certain charisma and charm about her. Once you get to know her on a deeper level and you will start to see the "mask" slip. You will begin to notice that your friendship or
relationship is not a give take relationship. You will find that you do a lot of giving and she does all the taking. There are inconsistencies in her stories. You feel something just "isn't right" but you can't figure out what it is..  Sociopaths are natural liars.. Lying comes as easy as breathing to them. But the lies start becoming more apparent to you, you notice the more in depth she tells you about something - the more likely it is a lie.  She is unreliable. She breaks promises, she disappears for long periods of time, no one really knows where goes. The closer you become to her is when you really start to see that things are not normal. She has a lack of empathy for others and you will start to notice that she lacks remorse - even for her children, parents and siblings. She has no life long friends. Her past is skeptical. She tells you what she wants you to think about her life. She will say what she a straight "A" student, popular, and homecoming queen and voted "most likely to succeed".  And it is far from the truth. She more than likely was in trouble majority of time she was in high school. If she had wealthy
parents, they more than likely sent her away to military/boarding
school. Because of her defiance at home. Her parents were unable to
deal with her.  You will notice how everything is always someone else's fault, and that she is the victim of someone.. She blames her mother, and absent father, and her ex husbands (who she cheated on and tried to destroyed).

Unfortunately by the time to you realize you may be dealing with this evil  monster, dressed In women's clothing.  ITS TOO LATE. And you never saw it coming. You don't know exactly what happened but your life is turned upside down.  And the sociopath has to silence you somehow, so that you do not tell others about the true monstrosity that she really is.
So she goes on a smear campaign. She has to silence you and kill you. She won't kill you physically. She kills you emotionally and mentally.  She will torment you in covert, evil, ways. She will even make you question yourself, thinking "maybe this is my fault" she will make you question your own sanity. ITS SO IMPORTANT FOR YOU TO KNOW THAT YOU ARE NOT CRAZY, SHE IS INSANE, SHE IS THE DEVIL INCARNATE.  She wants you to feel like you are the crazy one. She will have no remorse about ruining your life. No matter how much you have done for her. No matter
how kind you have been to her.  She doesn't give a shit about the pain she causes, in fact your
suffering is what fuels her energy. She loves to watch you squirm. She enjoys watching you fall apart.

She starts off by destroying you socially and tarnishing your reputation. She will make up any lie she can, no matter how disgusting the lies may be, she doesn't care. As long as you are silenced. She wants to discredit you to everyone so that no one will listen to you. She will get to all your friends before you can. She will call your work. She will claim you are stalking, harassing have been abusing her. When in fact the very things she is accusing you of doing to her - she is doing to you.

Recovering from being a victim of a sociopath takes time. You need supportive people around you. And to cut off all contact from the sociopath. When you try to have no contact with her, she will try even harder to get any response from you. Be strong though. Don't be a victim.
BE A SURVIVOR

Posted by Sociopaths and Their Path of Destruction at 11:33 AM