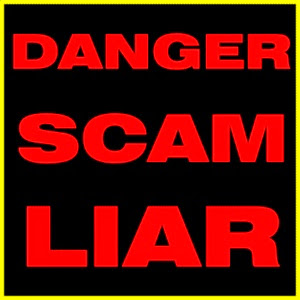 What is DARVO?
I discovered “DARVO” on Dr. Palmatier's site -
Dr. Tara Palmatier - is a Clinical Psychologist. She holds a PsyD and an MSc in Counseling Psychology. She has over 15 years of experience, delivering direct services to diverse populations. She is an expert and in my opinion one of the best at what she does. She is able to recognize that men fall victim of disordered women. She is able to recognize that it is not just men who abuse. Dr. T knows that women can be the abuser as well.
DARVO — is a reaction that the sociopath/psychopath/narcissist  have when someone is attempting to hold them accountable for their behavior. The sociopath will first Deny the behavior. Then they Attack the individual that has stepped up and confronted them. They will also Reverse the roles of the Victim and Offender.
For example –the sociopath will play the victim role and will turn the true victim into an the alleged offender. This occurs, for instance, when the sociopath assumes the role of being "falsely accused" and the sociopath will attack the accuser/victims credibility. The sociopath will blame the victim. It's also called “Vilifying the Victim”.
Dr. T's site is informational and very helpful for anyone who is suffering abuse by a sociopath, borderline, narcissist, and psychopaths.
This is a quote from Dr. T's site regarding the DARVO effect, more information is available on Dr. T's site —
http://www.shrink4men.com/2011/01/19/presto-change-o-darvo-deny-attack-and-reverse-victim-and-offender/

“It is important to distinguish types of denial, for an innocent person will probably deny a false accusation. Thus denial is not evidence of guilt. However, I propose that a certain kind of indignant self-righteousness, and overly stated denial, may in fact relate to guilt.

I hypothesize that if an accusation is true, and the accused person is abusive, the denial is more indignant, self-righteous and manipulative, as compared with denial in other cases. Similarly, I have observed that actual abusers threaten, bully and make a nightmare for anyone who holds them accountable or asks them to change their abusive behavior. This attack, intended to chill and terrify, typically includes threats of lawsuits, overt and covert attacks, on the whistle-blower’s credibility and so on.

This behavior is crazy-making if you are the target of it. You know you’re being attacked while your partner/ex plays the victim role for all she’s worth, insisting on her distorted version of un-reality. Worse yet, many people believe her; their reasoning being, “She’s so upset it must be true.” Even some of my male clients who know their wives’accusations and lies aren’t true, sometimes doubt themselves and what they know to be reality. I believe that many women and men who engage in DARVO come to believe their own lies after they repeat them enough times. I call it the “O.J. Simpson Effect.”
Dr. Tara Palmatier is an expert in her field. I highly recommend Dr. T to any man dealing with an ex who is manipulative and determined to make your life miserable. I also recommend Dr. T to any women dealing with their husbands "psychotic ex-wife/baby mama"
http://www.shrink4men.com/2011/10/17/how-to-get-out-and-stay-out-once-you-realize-you-are-in-a-relationship-with-crazy/
The psychotic ex wife never just had one target/victim. She will usually always covertly abuse any new persons in her ex-husbands life. If the ex husband has children with the psycho ex wife. It can cause problems, stress, drama, and misery for years. It is hard to maintain a relationship when you have a psychopathic ex, obsessed with destroying you and your new spouse. It's impossible to find peace and be happy when having to deal with such an evil character.

Over the last few years, I have read numerous articles regarding abusive relationships. I could relate to the manipulative tactics that high-conflict individuals use to abuse and control their partners. However, I had difficulty seeing the bigger picture. I knew where I had been, but I couldn’t tell where I was going. Or, could I? After reflecting on my own years of adversity, I began to recognize distinct repetitive phases to each conflict in my marriage. Each phase seemed to serve a particular role. With this revelation, I decided to try and add some perspective by analyzing the phases. The result of my efforts is the flow chart described below. If you are prone to flashbacks and nightmares I suggest you stop reading here! (Legend continues below diagram). To see diagram please click on the link below

You can check out all of Dr. T's work on her amazingly insightful, informative and helpful site —
http://www.shrink4men.com/services/
It's so important for anyone who is being blackmailed, stalked, slandered, harassed to speak up. Yes! It is scary, because you know the damage the person is capable of. And you don't want to rock the boat anymore. But the abuser is banking on your “silence”. So she can keep on manipulating and covertly abusing you. 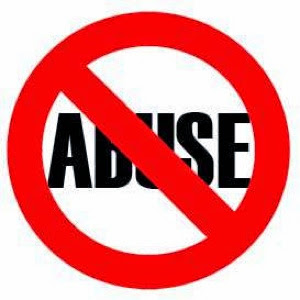 Posted by Sociopaths and Their Path of Destruction at 7:34 AM