In a casual sense, the term "entitlement" refers to a notion or belief that one (or oneself) has a right to some particular reward or benefit – if given without deeper legal or principled cause, the term is often given with pejorative connotation (e.g. a "sense of entitlement").
Sociopaths believe they are entitled....

Entitled Sociopaths Do Not work or strive for what they have. They simply take it. They believed it is owed to them. Sociopaths are preposterous and delusional to believe they are somehow entitled to take everything they covet and desire. 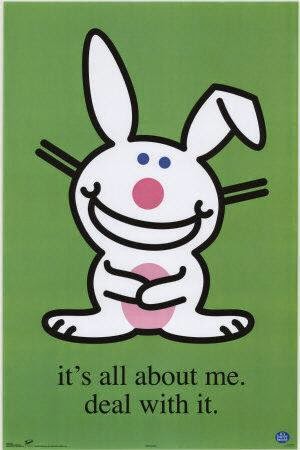 The sociopath is threatened by the creativity and ingenuity of others. The sociopath must be surrounded by people who they can easily manipulate. People who are in a lesser power than the sociopath. The sociopath wants those around her to think just as she thinks, by manipulating their thoughts, this makes her feel complete, and powerful. The sociopath is very aware of the difference between what is Right and Wrong. They are just hard wired in their brains to do the wrong thing. Even when doing right is more beneficial, the sociopath will still lie, and cheat and do what is wrong in order hurt others while in the process of getting what they want.
Sociopaths are delusional predators. Sociopaths are notorious for brainwashing and convincing others of thinking how they think.  A sociopath chooses their victims carefully. They choose empathic people, who are easily manipulated by guilt, and kindness. The sociopath pretends to be compassionate and caring {in the beginning} They convince their victims to think that the non-delusional people, that the victim once admired and respected, are the delusional ones. The sociopaths goal is to convince you that she is completely sane and reasonable (the sociopath is everything but sane and reasonable) Victims become convinced that the sociopath’s entitlement is justified and all others are simply too jealous or too stupid to understand.

Posted by Sociopaths and Their Path of Destruction at 4:50 AM