The Sociopath LOVES to spread LIES and RUMORS in order to destroy a persons reputation. They tell half truths, and distort them to make a person look mentally unstable. The sociopath doesn't even need half truths to spread a rumor. They will just tell people blatant lies about their victim. 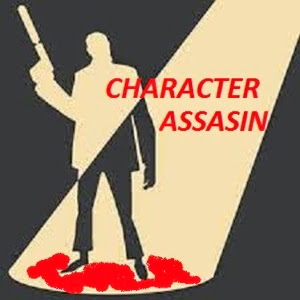 Here are some examples of how a sociopath twist and distorts stories to slander their victim;

You graduated from Harvard - the sociopath will tell people you never attended and your creditials are fake.

You took a vacation in Vegas - the sociopath will tell people you were laundering money for the mob.

Your friends and family love you - the sociopath will tell people they only love you cause they don't know the truth about you.

Your dog died - the sociopath will tell people you killed your dog only after torturing it first..

And so it goes, ad infinitum... Sociopaths are extremely gifted in spinning a story about their victims in an effort to destroy any sense of credibility that they may have.

The internet has become the sociopath/psychopaths favorite tool. They are able to destroy others under an anonymous veil. They are the most dangerous predators to the common person. They love to leave comments and make statement using ones first and last name. So when a potential employer googles the sociopaths  victim, negative statements appear. Usually statements portaying the person as “unstable”, “dangerous” and “crazy”. The sociopath usually accuses their victims of what they know they are capable of.

The obsessed psychopath - the obsessed psychopath uses today's new technology to their advantage in destroying their victims. A psychopath "spoof" calls their victims. Spoof calling enables the phone to change the caller ID they are calling from. The psychopath may call the victim pretending to be the police or the local news. Sometimes the psychopath will call the police using the victims number. The psychopath does these things because they are vindictive and evil. They are also immature. They have no limits to what they will do to destroy someone they view as a threat.
Posted by Sociopaths and Their Path of Destruction at 5:27 AM