Pure Evil and all it's Hatred

You will never understand Evil. No matter how many books you study, degrees you earn, or hours you put into working out a relationship with a sociopath or a narcissist. You cannot possibly understand what you are up against, how it will destroy you and the depth of its Evil. You can, however, understand how Evil manipulates and attempts to subjugate you, control you, and suck the life out of you. Once you can see what Evil is, how it works, you can reclaim some of what it has stolen from you and learn how to safely get away. Nothing can obstruct the will of a sociopath.  So never try to fight this Evil Monster aka the Sociopath/psychopath/narcissists

It is believed that narcissism is an attitude which is present in every individual. Self-love is actually important to be a confident individual. However, when this feeling of self-worth exceeds certain limits, where one cannot recognize anyone's feelings except her own, then that person is believed to be a narcissist.

Anger is a natural reaction that comes to humans when exposed to provocative situations. However, such anger arises from a rational cause and dies down when one is able to express it. However, the fury felt by a narcissist is different from the anger that people usually feel. People who suffer from this disorder need constant adulation, attention, compliments and subservience. Their narcissistic
behavior makes them live in the illusion that they are perfectionists and revered by people, irrespective of whether or not they have any accomplishments of their own.

As narcissistic people are dependent on other people to boost their self-esteem, any challenge, negative remark or disagreement from other people can be considered to be criticism, rejection and mockery. They take it as a personal assault and lash out at the person who provoked them. Such behavior can sometimes lead to physical as well as psychological harm to the other person.

Sociopaths are also dependent upon people, but they look at people more as objects, like a meal or a toy. They are dependent on finding and using kind people for their own personal gain. They want to live the grand life. But they don't want to do anything that most have to do, in order to live it. They rather latch on to others (like a leech would do) and get all their wants and desires by sucking it out of a kind and easily manipulated person.. A person with a conscience. Something the sociopath does not have.. 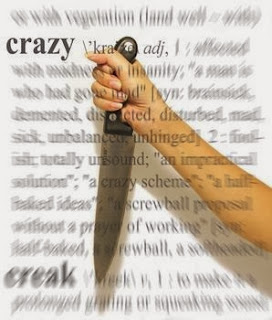 Posted by Sociopaths and Their Path of Destruction at 2:46 PM

Email ThisBlogThis!Share to TwitterShare to FacebookShare to Pinterest
Labels: evil, how to leave a sociopath, sociopath