Slander by a sociopath 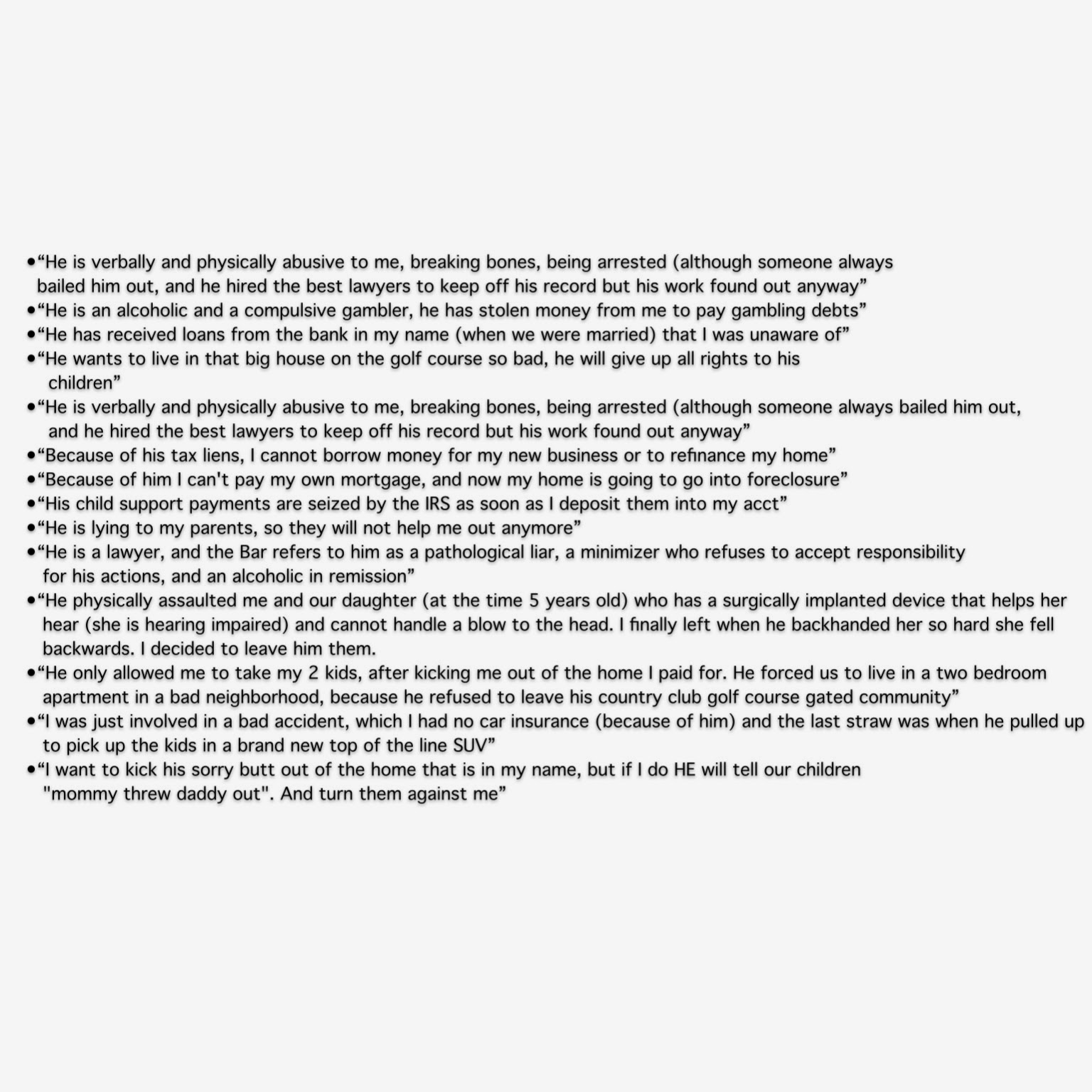 This is an example page a buddy of mine has saved that an ex wife wrote about him in order to ruin his reputation and assassinate his character. He has documented everything she has done to him, said to him and posted on the Internet since before they were even divorced. He was worried to divorce her because he knew she would attempt to destroy him. She was having an affair. But like most sociopaths — she felt that she was entitled to have an affair while married and her husband not to say a word about it.  She didn't care about the hurt it would cause the children. She still doesn't care about the harm she causes them by speaking so negativity about him


Posted by Sociopaths and Their Path of Destruction at 8:17 AM