The Obsessed, Dangerous, and Desperate Sociopath 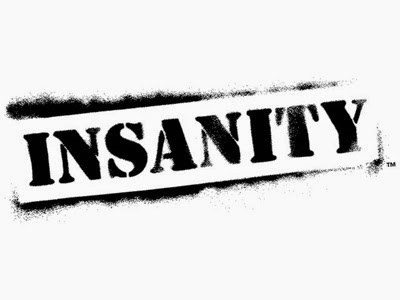 Sociopaths are toxic. They destroy others. They inflict emotional harm on family, ex spouses, spouses, children, and even strangers. Sociopaths will never leave you alone. Most ex spouses of a sociopath will usually  try to have "NO CONTACT" because of the harassment they receive on an everyday basis.
The sociopath will obsessively call, text, email and harass. It can become so frequent, it disrupts the victims work, personal life, and peace.
No Contact Does Not Always Work 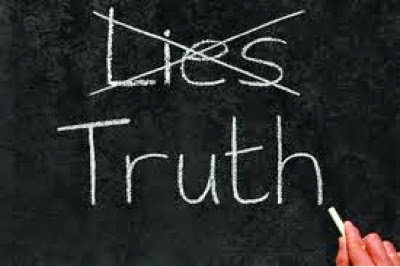 Even when the victim establishes no contact with the sociopath, refusing to return or answer calls, not responding to text messages, or emails. The sociopath does not always get bored with you, and move on to their next victim. Sometimes they become obsessed with you. They will become desperate just to get a tiny response from you. They will make up lies to try to get a response. Some will tell you that they have a terminal illness (such as stage 4 ovarian cancer). Knowing you are not a monster, you probably will respond, because a normal person with a normal brain, will feel sad, and guilty to ignore someone who is supposedly “dying” . A person with an abnormal brain, that lacks so conscience and no heart is the only kind of person who will tell you they are dying when they are not, just to get you to respond.
Why does a sociopath go to such extremes just to get a response?
CONTROL
The sociopath wants control. They had control over you at one time and they intended on keeping control over you. So when you move on with your life, and no longer allow the sociopath to control your life. They become desperate to get that control back. The sociopath can become most dangerous when they become obsessed with you. Most sociopaths go their entire life, and never kill anyone. Although they make life hell, and ruin many people. Many do not ever murder. An obsessed sociopath is dangerous because the fact is, they do not have a conscience. Since it is our conscience that keeps us from doing awful things to others, the sociopath is capable of almost anything. When a sociopath is stalking you, and has become obsessed with you. It's important that you live cautiously. Never forget what you are dealing with... A monster..

When you are the victim of a sociopath who is obsessed with controlling you, even though you ended the relationship. It's important to try to stay one step ahead of them. This can be difficult and exhausting, and not recommended, unless you feel you are being stalked by the sociopath. Being involved or around a sociopath for a long time, you will be able to see the patterns and can predict  some of their manipulation patterns and behaviors. Trying to stay one step ahead of the sociopath will eventually wreak havoc on your own sanity and health. So it is best to contact your local police department, let them be aware of the harassment.

Most importantly DOCUMENT DOCUMENT DOCUMENT everything. Save emails, text, and record any phone calls, save any voice mails. You may need these things in order to file a protective order or restraining order against the sociopath, when they will not leave you alone.

The sociopath is going to call, text and email just to bother you and annoy you most of the time. Sending text so minuscule like "Suzie has a dentist appointment today, and she is very scared of going" or "Bobby has a test in science and is worried he will fail". The strangest thing is when you speak with your children you will usually find out that Susie never went to the dentist. And bobby wasn't worried about a science test. The sociopath has no rhyme or reason why they send you text that are random and made up. It is just to disrupt your day. They hope you will respond, become upset (that your children are worried).

The sociopath loves keeping you on your toes and causing drama in your life. Even when you have moved on and they have moved on. They still want to bother you just because they can. They want to be able to feel that they have that control over you. They need to know that if they want to, they can disrupt your mind state, foil your plans, stress you out, cause chaos in your life, and control your emotions.

They do this because they are disturbed people. They are desperate and pathetic. They do not realize what they are doing is harming their children emotionally. Most of the time the parent who is being harassed on a daily basis. Will feel anxiety and fear about having to deal with their ex spouse. They want to avoid the ex. Because of the constant contact and harassment. This affects the children, because they may not be able to see both parents as much. THE SOCIOPATH MAKES GETTING THE CHILDREN SO DIFFICULT, and So STRESSFUL. The other parent shuts down. They are emotionally drained after dealing with a psycho for so long. They even suffer from a form of Emotional PTSD.

Once the sociopath sees that their ex is avoiding them. They will push even more. By be-littling, degrading, putting down, trying to instill shame and guilt about not being a good parent. How the children are embarrassed by their family and it is all that parents fault, because of the lack of co parenting. It is all a ploy to get control and to get that response.

The best thing the parent who is being harassed can do is; do right by your children when they are with you. Know that you cannot control what the sociopath does. Taking the sociopath to court will only make the situation worse. Sociopaths are able to work the legal system and you will probably lose that battle. So don't take them to court unless you feel the children are being physically or sexually abused. Do the best you can for your children when they are in your care. DO NOT EVER speak negatively of the sociopathic parent. Just be the best parent you can be.

AND ABOVE ALL IGNORE THE SOCIOPATH, CHANGE YOUR PHONE NUMBER IF YOU MUST.

**NEVER ALLOW THE SOCIOPATH TO AFFECT YOUR LIFE, IT IS HARD BUT IF YOU MAINTAIN NO CONTACT THEN THEY ARE BASICALLY HAVING A CONVERSATION WITH THEMSELF EVERYTIME THEY CALL AND LEAVE A MESSAGE Or TEXT YOU

Posted by Sociopaths and Their Path of Destruction at 5:27 AM