Victims of the sociopath

It is not unusual for the victims of sociopaths to question their sanity and self worth.   Psychopathic/sociopathic individuals may even try to convince victims that it is they, who are “crazy.”

The people who have been subjected to the manipulation, control and punishment by the sociopath. Looked wretched and start to exhibit behaviour best described as disordered, dysfunctional, sullen, aggressive, defensive, hostile, retaliatory, counterproductive.

Life with a sociopath can be a mental terror. Everything is based on lies, emotional abuse, and clever manipulations.  It can be devastating for victims to discover that almost none of what they viewed as facts actually were.  It is hard to accepting the relationship they believed was real was never real and the person they loved doesn't exist. The person is only a shallow, evil and ruthless individual who has no emotions. And is incapable of loving anyone. Now that they are done with you, they discard you like trash.
If that isn't bad enough, they set out on a mission to destroy you.

The sociopath is contemptuous of anyone who tries to discredit them. Then he/she will cause great damage and destructive consequences for that person. She will stop at nothing to ruin whoever poses as a threat to expose her or who can see her for the devil she really is....

For example, it is common for psychopathic individuals to lie about their victims or portray them unfavorably in gossip, so as to damage their reputations.
Sociopaths attempt to ruin to ruin the lives of their victims, through social aggression. They spread llies about their victim in order to cause them to lose  their job, harm their friendships, and drain their finances.
This can cause tremendous stress on a victim. It harms their well being, self worth, and confidence. Not only have they found out the person they loved was a monster, but now the monster is trying to destroy them....

The combined stress of the struggle presented by daily living and extreme emotional or
physical abuse or both, weakens the body, as well as stresses the mind.  Such stress,
generally speaking, is linked to medical conditions such as cardiovascular disease or diabetes mellitus.

When you are under attack, and the target of a vicious, cold, ruthless sociopath. You have a few options. You can choose to move out of town, and run because that is the only way to escape the wrath of the sociopath. Or you can stay, stand your ground and fight like hell. I can guarantee, it will be the fight of your life.  The sociopath is relentless, and since they have no conscience, and feel no remorse for destroying lives, they are capable of anything.

Sociopaths are masters of manipulating others into making fools of themselves. The sociopath will put the victims in situations where they cannot back down or from which they cannot withdraw. The sociopath always leaves behind a trail of dysfunctional organizations, destroyed businesses, ruined careers, stress and mental breakdowns and unexplained suicides. 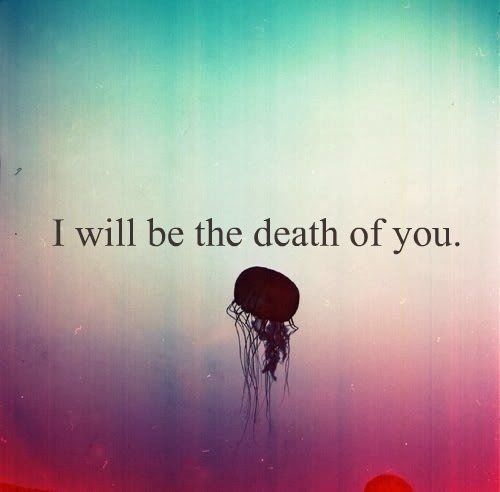 Posted by Sociopaths and Their Path of Destruction at 5:58 AM