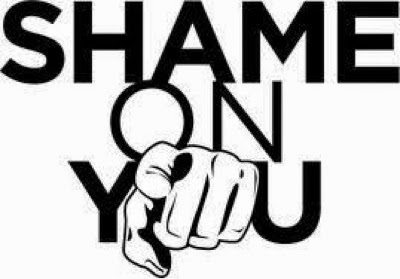 The female sociopath can be the most difficult and exhausting of personality disordered women to deal with. "Borderline psychopath" is usually the diagnosis a psychiatrist will give to the female sociopath. Female sociopaths are much more spiteful, vindictive and manipulation than their male counterpart. Women are 3 times more likely to be diagnosed as a “borderline psychopath” than men.
Borderline psychopaths are mean, conniving, hateful, vengeful, superficial, ruthless and dangerous. They are the like sociopaths, having no conscience, no remorse, and no empathy for life, but the borderline psychopath is worse.
They want to be in control and are demanding. Most of them are attention seekers. Any relationship (lovers, family or the few friends the sociopath may have) are constantly having to deal with the consequences of “knowing” this unstable & unpredictable woman. They create problems, they stir up drama, and they never take responsibility for their behaviors.
Female sociopaths are relentless, they will tear the victim to shreds given over time. Their goal is destroy the persons self esteem, and confidence. So that they can more easily control and influence their victim.

It's very hard to deal with these types. The best way is to not deal with them. Be courteous if you were to see them, but limite any contact with them. If they are trying to contact you, they will use any strategy they can think of to get you to respond. If you have children with this person (God bless your soul) then you can expect them to make up lies about the children to try to guilt you to respond to them. *Remember most everything they tell you will BE A LIE, it's just a desperate attempt to get you to talk to them*. Why?

Because it's all about control. If you are limiting your contact with the borderline psychopath. They are not in control of you. They want to have that control of you. Either because at one time they had that control, and they feel you are a possession they rightfully own. They don't see you as a human being. But more as an object to be used to their expense. The best thing for you to do is ignore them and have little to No contact with them. This doesn't necessarily mean they will leave you alone, a good friend of mine still receives 10-20 text messages a day from his borderline psyhotic ex wife. And he hasn't responded in over 2 years. Yet her relentlessness and desperation continues. Everything from one of the kids have depression due to his lack of responding, to cancer. Yet he does not fight with her, he just refuses to be manipulated and controlled. From the kids point of view they would never see their parents fighting. The borderline psychopath has more than likely told the children that their father will not get along with her and she is trying so hard to get along with him - poor poor victim - she is always the victim. When the reality is, he is simply limiting his contact. The borderline psychopath will try every trick she can to get a response.

The borderline psychopath and the sociopathic female will spread all kinds of lies and nasty rumors (this is something she is notorious for) and she has usually been doing this since  childhood.  She is an accomplished liar and professional cheater, she is always looking for the easier road to travel (she is lazy). Her kind of personality does not know anything about honesty. They have perfected conniving and manipulation with a malicious intent.

Female sociopaths have an uncanny ability to find a character flaw in their target that can be exploited to destroy whoever they feel is a threat to their control and power.

Women are usually more co-operative and caring. But not the female sociopath (borderline psychopath). They do not feel any empathy towards their victims. They do not feel bad about bullying and destroying people. They are seeking dominance and control. Women are usually mothers, nurturers and caregivers. Not the female sociopath.

Many people do not realize how emotionally and mentally damaging this particular type of woman can be. She is cold hearted and ruthless, while pretending to be so compassionate. She will always tell her sad story. Like how her mother neglected her as a child, and her ex husband was an abusive alcoholic who took advantage of her kindness. If you think you might be dealing with one of these women, watch how she claims to be the victim of everyone else, but notice how aggressive she is going about it.

While the borderline psychopath is looking to defame and destroy the reputation of their victim by vilifying them and accusing them of heinous and horrific behaviors. Usually the borderline psychopath will accuse their victim of acts that they themselves are guilty of. I.E. — stalking, cyber bullying, obsession, verbal abuse, impersonation, character assassination, etc....

Female Sociopaths are difficult to spot because most of them are incredibly good at hiding their true self and their motives. It is really difficult to believe the extent that the sociopath will go to, in order to destroy their target. The dirty tricks and unproven rumors that female sociopath/borderline psychopath  regularly uses against their victims can be devastating.

The female sociopath is an out of control individual, she manipulates and punishes at will. Unfortunately the female sociopath is described as the vindictive or alienating abusive ex-wife. Who uses the children to manipulate and control her ex-husband. The children are passed around to relatives and friends like a rag doll, in order to keep them away from their father, only so the sociopath can say what a shit father he is. Until the sociopath gets what she wants she will use her children against their father, in another desperate attempt to gain control over him.

Unfortunately this does not end when the children are of legal age, the female sociopath will still try to use them against her ex-husband, even when they are adults. Most cases I have seen either end with the adult children seeing what their mother is doing and eventually they will refuse to have anymore contact with her.  Or sadly, they fall into the trap the mother has set, and the father has no relationship with his adult children.

The children who take the side of  their sociopathic mother can end up as crazy as she is. On a positive note, the father usually ends up ok, despite a few psychological wounds (that can be healed). He has dealt with this raging lunatic for decades. He has been insulted, manipulated, and verbally abused by her. It usually comes as no surprise to him that his ex has turned his children against him. The man has usually remarried a supportive, and caring woman (opposite of his psychopathic ex-wife). He is able to move forward and accept the situation that his vindictive ex-wife has created. He is able to accept the loss, because he is emotionally mature enough to realize that there is NOTHING he can do to change anything.  The ex has lied and brainwashed the children for years. He is just too physically & emotionally exhausted. He has no fight left.   So he chooses to invest the little energy he has left on his current family. He usually can see that fighting with a borderline psychopath (his ex) is useless. She is evil, and she wants him to pay (as if he hasn't paid enough, when she cheated and lied to him for years).

She is so delusional that after playing the victim for so long she actually believes she is the victim. Trait of a truly psychotic and dangerous woman. 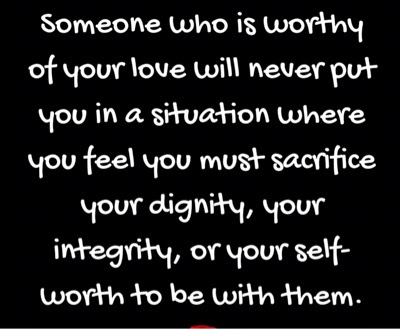 Posted by Sociopaths and Their Path of Destruction at 6:27 AM