Recognizing that you are in a relationship with a sociopath is so important. Sociopaths have certain patterns of exaggerations, blaming, and distortions, that are obvious early on in a relationship.
This can save you years of emotional and psychological damage that the sociopath will cause you.
It is never easy to end any relationship with a sociopath.
But a relationship is much less complicated to end than a marriage!
Marrying a sociopath is a life sentence of hell, the sociopath will try to keep you in legal battles for years. Sociopaths LOVE going to court. They are convincing and skilled liars. They have a fearlessness about them, that they are able to stand up in front of a court of law and make up one lie after another, portraying you as the crazy out of control spouse, and they are the victim. All while remaining cool, calm, and collected.
When normal people face going to court for any reason they are usually nervous. Rather it be for a traffic violation, or for child custody case. Either way the sociopath is completely comfortable and at ease in any situation, that the rest of us would feel tremendous anxiety. This is because we have something the sociopath DOES NOT HAVE — “emotions” and genuine feelings.
It's important to recognize patterns of abuse before committing to a disordered person.
The last thing you want is to bring Innocent children into such a dysfunctional environment.
Please listen when I say NOTHING good can come out of marrying the sociopath – ABSOLUTELY NOTHING.
The marriage will end. The sociopath will use the children to manipulate, harass and basically make life feel it's not worth living. They will so malicious things just to make sure their ex partner is miserable.
Children who have a sociopathic parent never get a fair chance in life. They will always suffer at the hands of their vindictive, abusive and  unstable sociopathic parent, who will always  be in and out of their life. Sociopaths hate responsibility, so taking care of children isn't that appealing to them, but having children as trophies is appealing to them. The sociopathic parent is  constantly interfering and disrupting the child's life.
In the children's earlier years the sociopath disrupts their life only to manipulate and control the other parent. Sociopaths use the children as a tool to manipulate to get what they need or want. Or to just to make problems and cause suffering. The sociopath wants their ex to be miserable. They use the children to make sure that this happens.
When the children become adults the aging sociopath has burned all their bridges and does not have the abilities to manipulate others anymore (as their looks have withered, and they have posse off to many people - and no one is buying their shit anymore. So the sociopath uses their children to get what they want. Still using guilt as their weapon of choice. They will usually tell the an adult child how they took care of them for 18 years provided them with a roof over their head and a supportive parental figure. Basically making the child feel as if they owe them.
Fortunately most children of sociopaths are very aware of the pain that the dysfunctional parent caused them and their supportive parent. They are able to see right through the sociopathic parents billshit, deception and manipulation. They usually choose to have no contact and no relationship with the sociopath when they become adults
But unfortunately not all children of sociopaths turn out to be okay. Many become manipulated by the sociopathic parent. The sociopath wants to hurt you through your children. So will always seek full custody. So they will always be in control. Living with a sociopath full time can take its toll on a child's mental state. The children grow up with many psychological issues because sociopaths are abusive individuals, rather it is neglect or verbal and physical abuse.
They don't actually care about the children.
They care about the control they have over the children, to hurt their ex.
Sociopaths are verbally and even physically abusive to everyone, the ex and children are not an exception.
Children suffer from low self esteem, shame issues and depression when raised by a sociopathic parent 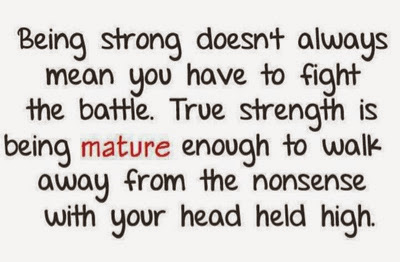 .
Posted by Sociopaths and Their Path of Destruction at 9:07 AM